Docker Inc. severs its platform as a service (PaaS) problem child dotCloud and sells it to cloudControl Inc., the US subsidiary of cloudControl GmbH from Berlin, Germany.

At present, Docker focuses on making noise. The container technology stands for the future of modern applications and multi-cloud deployments and is supported by many big names including Amazon Web Services, Google and Microsoft. Founded in 2010 as dotCloud Inc., the company developed the first polyglot PaaS. As part of the further development, Docker was created and later released in March 2013. In October 2013, the company was renamed Docker Inc. to fully concentrate on developing the Docker technology.

With about 500 customers within four years one shouldn’t speak about a dotCloud success story, which belongs to bigger competitors like Heroku (now part of Salesforce), EngineYard, Microsoft Azure or the Google App Engine. After the terrific success of the Docker container it was therefore a wise strategic step to focus on further development and find an exit for the PaaS business. In cloudControl, a grateful buyer has been found.

cloudControl to focus on the US market

cloudControl is the very first – and until today one of the very few – public PaaS provider in Germany. Founded in 2009, the Berlin based company sets on Amazon Web Services (EU region, Ireland) as its infrastructure foundation. The company positioned itself as a rock-solid European PaaS provider. Over the five years on the market cloudControl has managed to feed 20 employees, register 50,000 developers on its platform, and acquire 500 paying customers. It generated 1.45 million EUR in 2013. [1] Thus, an average customer spends around 240 EUR per month. For a German public cloud provider this is a considerable amount; yet, it is not possible to replicate this across the international arena.

Even if cloudControl has been technically developed from a pure PHP-PaaS to a polyglot platform with a stable ecosystem during the course of recent years, the revenue exemplifies the stagnant situation of Public PaaS in Germany. The Berlin-based company already recognized this in July 2013 by launching the so-called “Application Lifecycle Engine”. This is an extraction of the technical foundation of their PaaS platform. The engine can be used by enterprises to build a private PaaS or by Hosting providers for white-label PaaS solutions.

This idea could do little for the general increase of the popularity level of cloudControl. According to a study by Crisp Research with 83 German ISVs surveyed, the experience and use compared to other PaaS providers on the market are relatively low. And this, despite cloudControl being the only significant public PaaS provider in Germany.

With the acquisition of dotCloud, cloudControl “flees” to the US market to start its second attempt. The number of customers has doubled to 1000. All dotCloud employees will stay with Docker. For now, the dotCloud technology will not be touched and will be integrated into the cloudControl platform over time. This is to ensure that the existing dotCloud customers remain loyal to the platform. 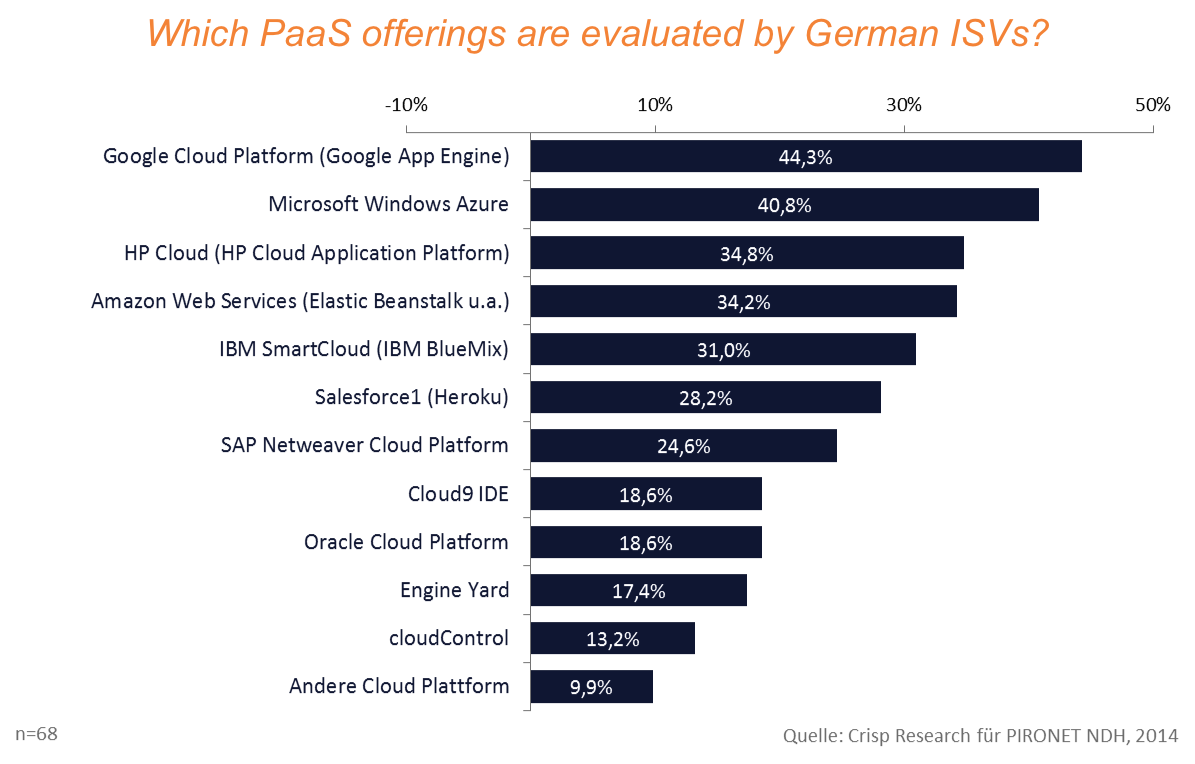 Public PaaS has a minor importance in Germany

The cloudControl dilemma reflects the fundamental attitude against the public cloud in Germany. Even the infrastructure as a service (IaaS) market struggles. Spending of 210m EUR on IaaS and a 38 percent usage of public cloud services in 2013 say enough. 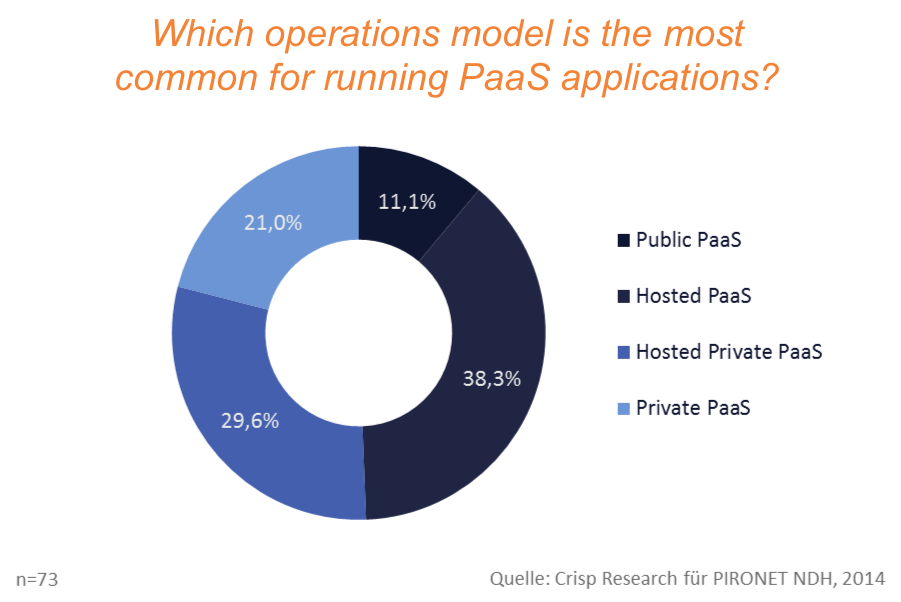 The statements of those polled ISVs in the study draw a clear picture. Asked for the most favored operations model for using PaaS services as part of the development processes, “only” 21 percent supported the public cloud model, while 12 percent would decide for internal operations as part of a private PaaS platform. The majority of more than 60 percent would use PaaS services for development & testing as part of a hosting model.

Germany is a tough market

To give cloudControl the solitary blame for its difficult situation is too easy. In fact, the entire situation of the German market, especially on the cloud topic, can be held accountable. The subsidiaries of the US flagship cloud provider also have to deal with this every day. However, there are five main reasons for cloudControl’s slow gain of momentum in Germany so far:

For cloudControl, the acquisition of dotCloud definitely makes sense and is a purchase at eye level. Both companies are showing the same technological DNA. However, the challenge for cloudControl will be the integration of the platforms and the processes, especially when it comes down to the migration of the existing dotCloud customers and their applications, respectively, in order not to lose anyone.

The dotCloud acquisition enables cloudControl for immediate growth of the customer base and gives the Berlin based company an entry to the US PaaS market. Even if cloudControl gets into the ring with the same dotCloud competitors Heroku, EngineYard etc., the US market entry must be seen as an opportunity. Eventually, the total market offers enough space for more than one PaaS provider. And maybe in the near future cloudControl can say: „So Long Germany, and Thanks for All the Fish“. The company would deserve it.