For many CIOs and cloud strategists the open cloud management framework OpenStack still counts as a pure marketing engine. But this perception is deceiving. With the “Icehouse” release and the serious support of big IT vendors the open source project is evolving into a leading cloud standard.

The OpenStack momentum continues to build

OpenStack can be used in several different scenarios as an infrastructure foundation for public, private and hybrid clouds. Crisp Research sees “Icehouse” as an important step for the OpenStack community to increase its appeal and to help users on their journey of running their own OpenStack based cloud. To be successful with OpenStack, it is important for CIOs to find the right mix of products, services and resources in the community.

The numbers of the recent “OpenStack Summit” are an indicator for the building OpenStack momentum. More than 4,000 attendees testify to the growing importance of the open source cloud infrastructure software. It is the same with the current OpenStack deployments. In comparison to Q1/2014, the worldwide projects increased by 60 percent in Q2/2014. 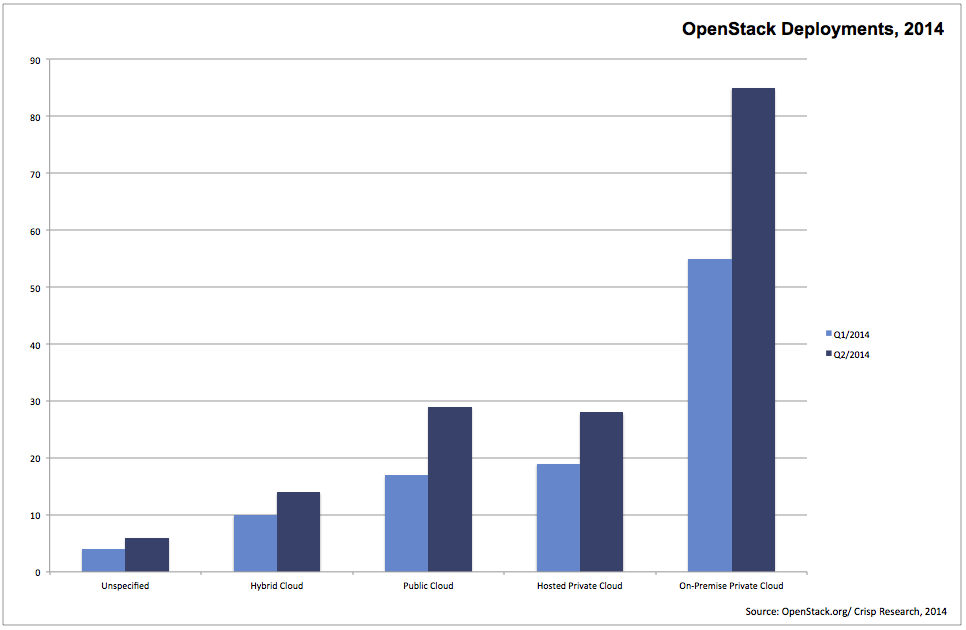 Icehouse is a milestone

After a perceived hype, OpenStack is on a good way to become one of the important cloud standards for private and hybrid cloud environments alongside Microsoft’s Cloud OS. The commitments and investments of almost all big technology vendors imply a clear future development. The new “Icehouse” release is a milestone regarding stability and functionality, and former bugs have been fixed.

– –
* The numbers base on the official statistics of the OpenStack Foundation.

The OpenStack momentum is getting bigger in Germany. The amount of requests by CIOs, who evaluate the open source based cloud management framework as an alternative to commercial solutions, distinctly raised in the last 6 month. This is verified by internal statistics from Crisp Research.

For more and more enterprises the question rises, if OpenStack is becoming an inherent part of their cloud integration strategy and thus needs to be considered during the planning and implementation of hybrid cloud infrastructures.

As part of several current research projects Crisp Research considers the question of whether OpenStack is already enterprise ready and which obstacles needs to be overcome to become a enterprise-grade cloud management platform. In this free analyst report a summary of the development, the components and the current deployment scenarios is given. 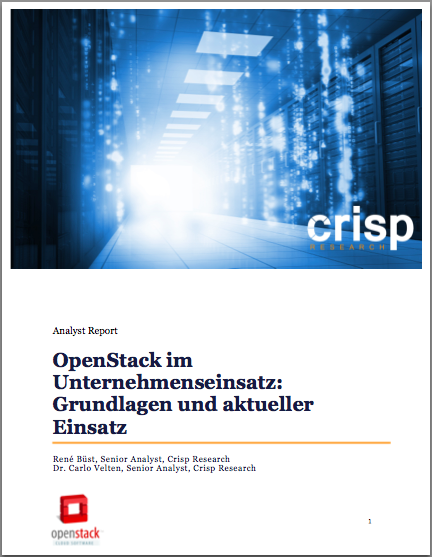